If you know about the African entertainment industry in the USA then I am absolutely positive that you have heard the name NANA NYC. 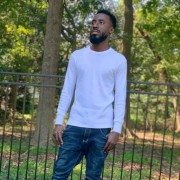